Velky Rozsutec is located in the Mala Fatra region. It has been voted a few times as the most beautiful mountain in Slovakia. Despite reaching a modest height, it is beautiful from all points of view. I have to admit that the views from the top were mesmerizing!

The mountain is covered with one of the most precious and rare botanic ecosystems in Slovakia, protected by the National Park status. We highly recommend hiking Velky Rozsutec to anyone who is visiting Terchova.

We started our hike in Stefanova village. It is located in Trnava Hills, in the foreground of the Small Carpathians. We enjoyed walking through this tiny village because of the beautiful and unique wooden houses.

Many of their windows were decorated with colourful flowers. From Stefanova village, we could also see Velky Rozsutec mountain. Some hours later, we would be standing on the top.

Velky Rozsutec is a rugged, rocky dolomitic peak, and it is 1,610 m high. It can be climbed during the summer and also during the winter. During the wintertime, you will need windproof clothing and crampons because the path gets icy. There is also a possibility of an avalanche.

We hiked Velky Rozsutec at the end of September. The trek was not difficult, but we had to be careful on the mountaintop. It rained quite a bit, and the rocks became very slippery.

There are a few different routes that lead to Velky Rozsutec. We took the classic route from Stefanova via Podziar, Horne Diery, Sedlo Medzirozsutce, Velky Rozsutec, Sedlo Medziholie and back to Stefanova.The hike took us through pretty meadows and woodland. We had to climb a few metal ladders next to small waterfalls.

This route takes between 5-6 hours. I always take lots of photos, and that is why our hikes always take longer. Galya also lost his sunglasses in the first quarter of the hike, and we had to return about a kilometre to look for them. It turned out the sunglasses were picked up by some tourists and so we got them back.

After hiking through Horne Diery, we could decide between taking the route to Maly Rozsutec (Small Rozsutec) or Velky Rozsutec (Big Rozsutec). We chose the second option. The trek leading to the top of the peak was interesting and had some pretty views. As we hiked up, some dark clouds started collecting in the sky, and it started to rain a bit.

About halfway through our ascend, it started to rain heavily. The wind picked up as well. We met a young couple trying to hide underneath some small trees, which provided a bit of shelter from the harsh weather.

Later on, we came across a man who was hiding inside a bush for the same reason. He scared the hell out of me when the bush started to move, and the man appeared from underneath it! It gave us a good laugh afterwards. We found out the man was from Poland. He was a mountain enthusiast, and he climbed Velky Rozsutec a few times before.

Reaching the Top of the Mountain

Through the rain and wind, we got very close to the top. Here, we were greeted with a thick fog that was occasionally blown away by the wind. The weather was awful and magical at the same time.

One minute we had zero visibility. The next minute the wind blew away the fog, and we got an amazing view of the Mala Fatra region. When we reached the top, the mountain was covered in a thick fog again.

Climbing down the mountain on its southern aspect was tricky. Some fixed chains and some steep rocky areas became slippery with the rain but were not dangerous.

We did not want to travel to Europe with heavy hiking boots, so we were wearing just running shoes. Taking extra caution on the rocks did the trick to prevent slipping. Having shoes with some grip would have been much better.

Fog Over the Mountains

As we descended, the fog around us was very thick. I was a bit disappointed because we could not see any views from this side of the mountain. And I knew it would have been the highlight of this hike. Luckily, some minutes later, the wind blew away the fog, and the view presented before us was like out of this world!

The endless waves of green mountains and the feeling of peace and silence were astounding. It was an unforgettable moment. I just wanted to stay there and soak in the experience. The views were breathtaking!

I tried to take some photos, but my hands were so frozen that I could not adjust the camera settings. Slowly I managed to warm up a bit and take many photos.

Eventually, we had to start moving if we wanted to make it back before the dark. The views were so stunning; it was hard to leave. Nature is magical; I could not get enough of the colours and the energy permeating the mountains.

During moments like these, I get carried away. Galya then always calls on me and lets me know we have to keep moving, and I should stop taking so many photos.

While we were descending the mountain, the fog kept coming back. But despite that, I was happy. We always hope to see great views while hiking. Also to take some beautiful photos.

The experience we had during this hike far surpassed any hopes we might have had. I know it is better not to have any expectations, but when we trek up the mountains for many hours, it is hard not to expect great views as a reward.

As we descended to Sedlo Medziholie, we were greeted by golden-coloured grass moving with the wind. What a contrast to the rocky areas we just passed.

Then we met our friend from Poland again. He was taking photos of Velky Rozsutec from Medziholie. We offered to take a photo of him. He was thrilled. It seemed this was what he was waiting for.

From Sedlo Medziholie, we hiked through woodland. There was lots of mud on the ground. It was extremely slippery, and I fell down a couple of times. To better describe this, I slid on top of the mud for about half a meter. We were certainly very dirty and wet by the end, and our shoes were covered with mud.

Finally, we were happy to get back to our car. It started to get dark outside. Our legs were so tired, and our family started to worry about us. We stayed at my cousin’s house for a few nights. Hiking the Velky Rozsutec was wonderful; we would like to do it again one day.

We started our hike from Stefanova village. To get to Stefanova, you can take public transport or rent a car in one of the bigger cities. We rented a car in Zilina, a town in Northern Slovakia.

First, we drove on road 583 to Terchova, which took about 35 minutes. From Terchova we drove to Vratna Dolina (Vratna valley). When inside the valley, we turned left towards Stefanova. We parked our car inside a small parking lot in Stefanova. Here we had to pay a small fee for the daily parking.

Bratislava is the capital of Slovakia and is located in the southern part of the country, close to Austria’s border. Driving to Stefanova village from Bratislava takes around 2 hours and 15 minutes.

First, drive on the E75 towards Zilina. Then take the exit to merge onto E50 and drive to Zilina. Take 583 to Terchova. From here, drive to Vratna Dolina. When inside the valley, turn left towards Stefanova.

As a side note, European route E 75 is part of the International E-road network, a series of main roads in Europe. The E 75 starts at the town of Vardø in Norway by the Barents Sea, and it runs south through Finland, Poland, the Czech Republic, Slovakia, Hungary, Serbia, North Macedonia, and Greece.

Where to Stay in Terchova

Plan Your Trip to Terchova

This post may include affiliate links. We will earn a small commission if you make a purchase, at no extra cost to you. Thank you for your support. Mount Arrowsmith is one of the best-known mountains on Vancouver Island. Sitting at just over 1800m, it is also the highest peak in the southern region. The view from the top is amazing.

Vancouver Island is home to many incredible places, and Taylor River is no exception. On a road trip to Tofino, it is among the best stops along the Pacific Rim Highway 4.

St. Mark’s Summit is part of the epic Howe Sound Crest Trail that spans 29 kilometres along the Sea to Sky Highway from the Cypress Bowl Alpine ski area to a point just south of Porteau Cove Provincial Park.

The Big Beehive hike begins at the world-famous Lake Louise in Banff National Park. It heads around the jade-green waters of Mirror Lake and beautiful Lake Agnes, where the popular Lake Agnes Tea House is situated. The Iceline is the most scenic hike in Yoho National Park in British Columbia. The trail features spectacular views of mountains, endless glaciers, alpine lakes and ever-changing landscapes. 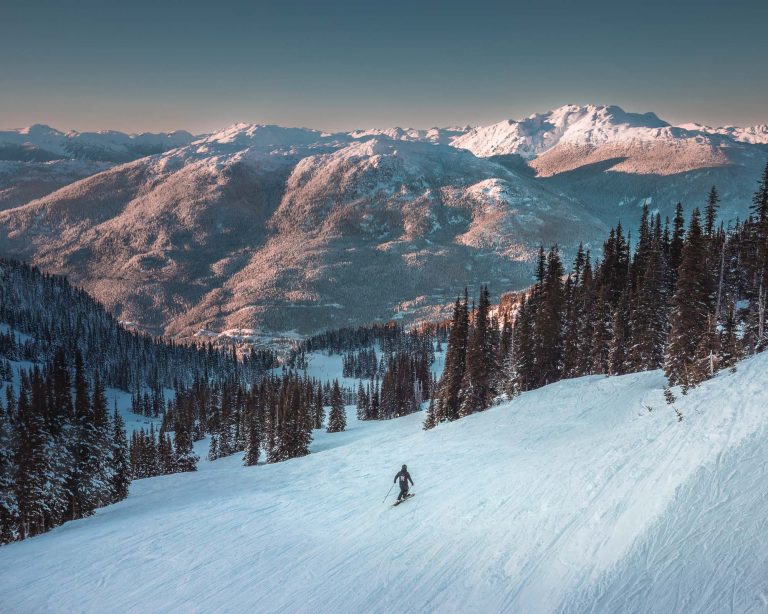 The picturesque village of Whistler is home to stunning mountain peaks, scenic lakes and old cedar trees. It is located 120km north of Vancouver, and there are many things to do all year round.

Hi! We are Manoshri & Galya. This website came into existence because of our love for travel and photography. On our blog, you can find stories, tips and detailed travel guides.